Below are featured sketches and ideas for the PawPals concept from my sketchbook. 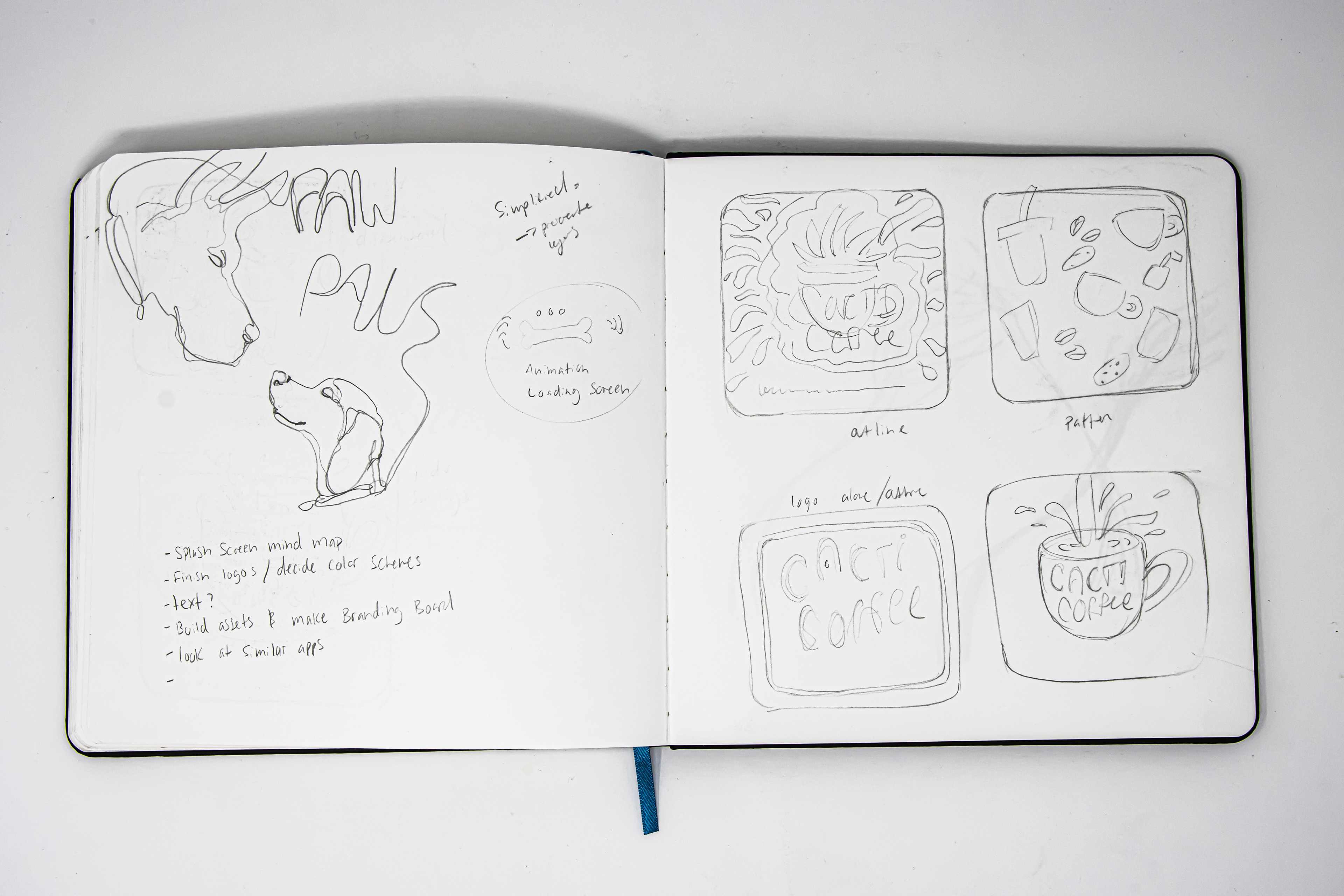 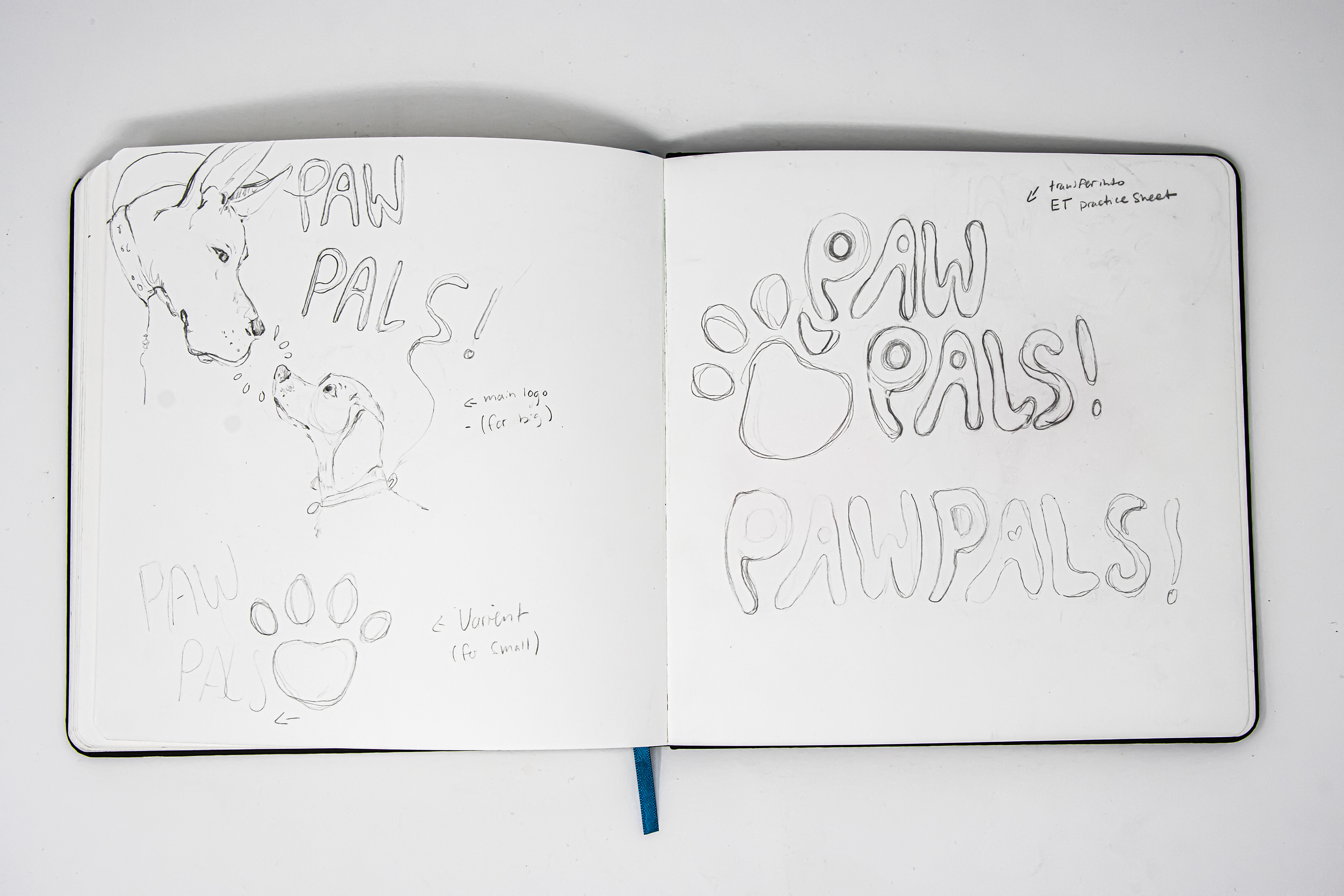 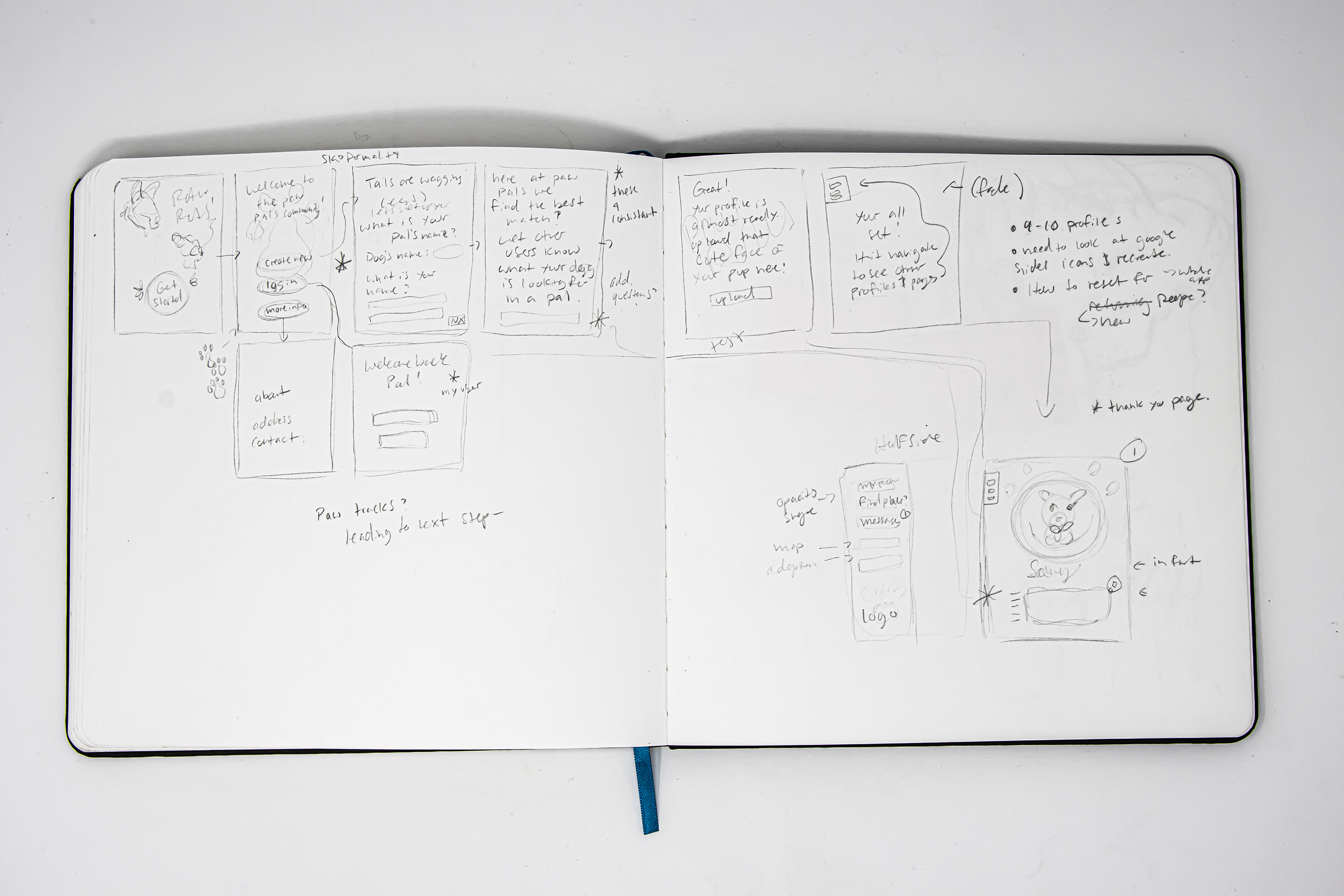 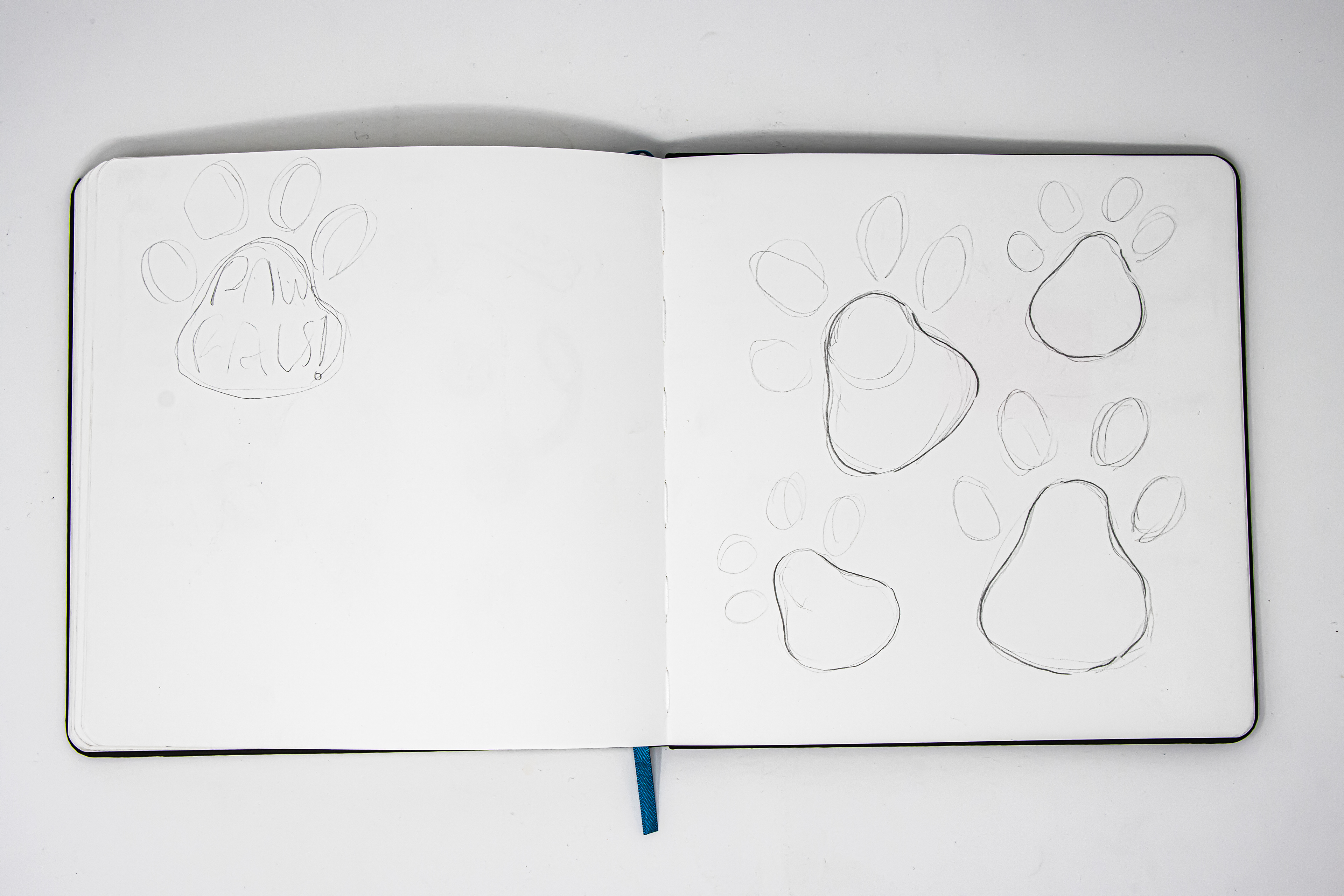 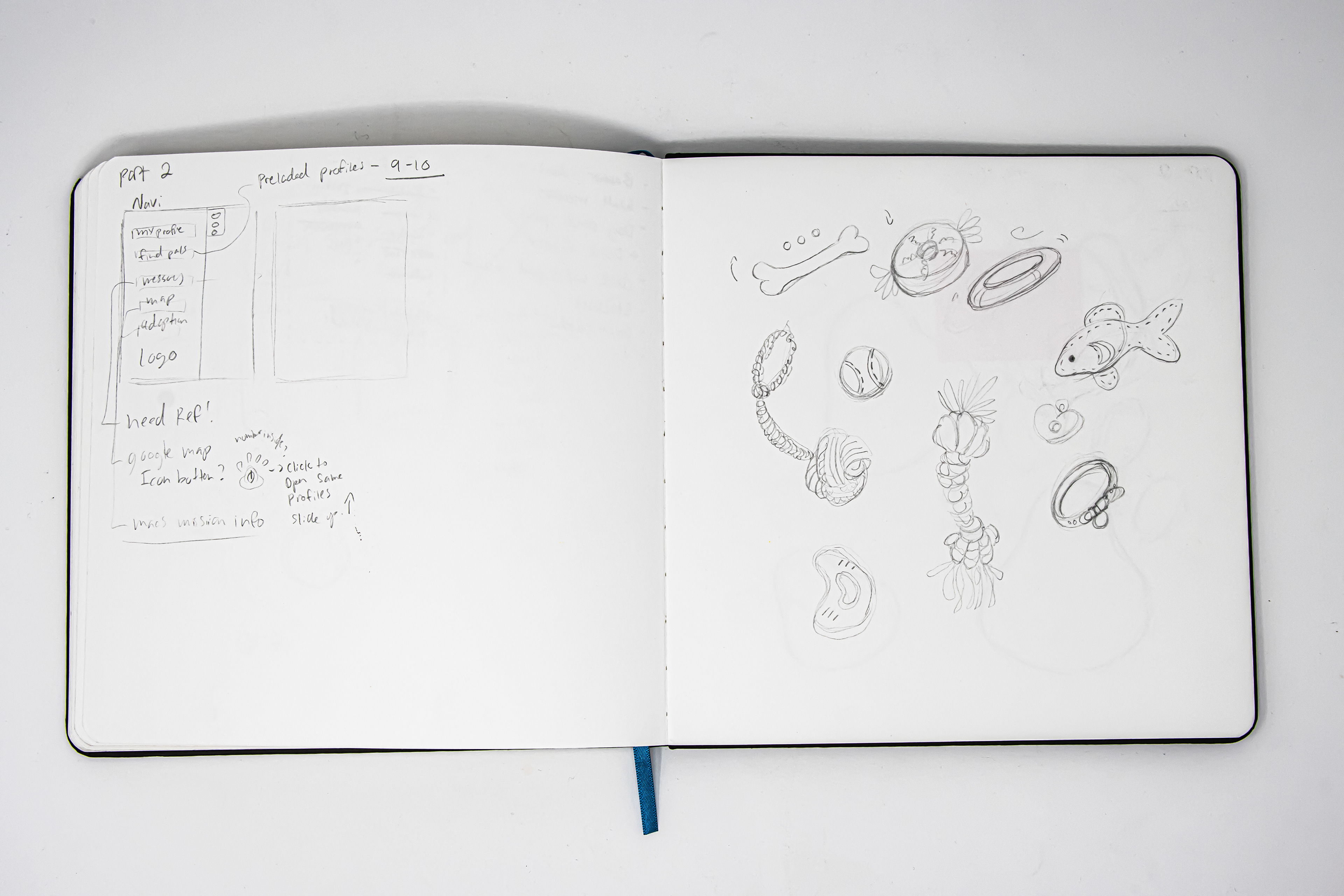 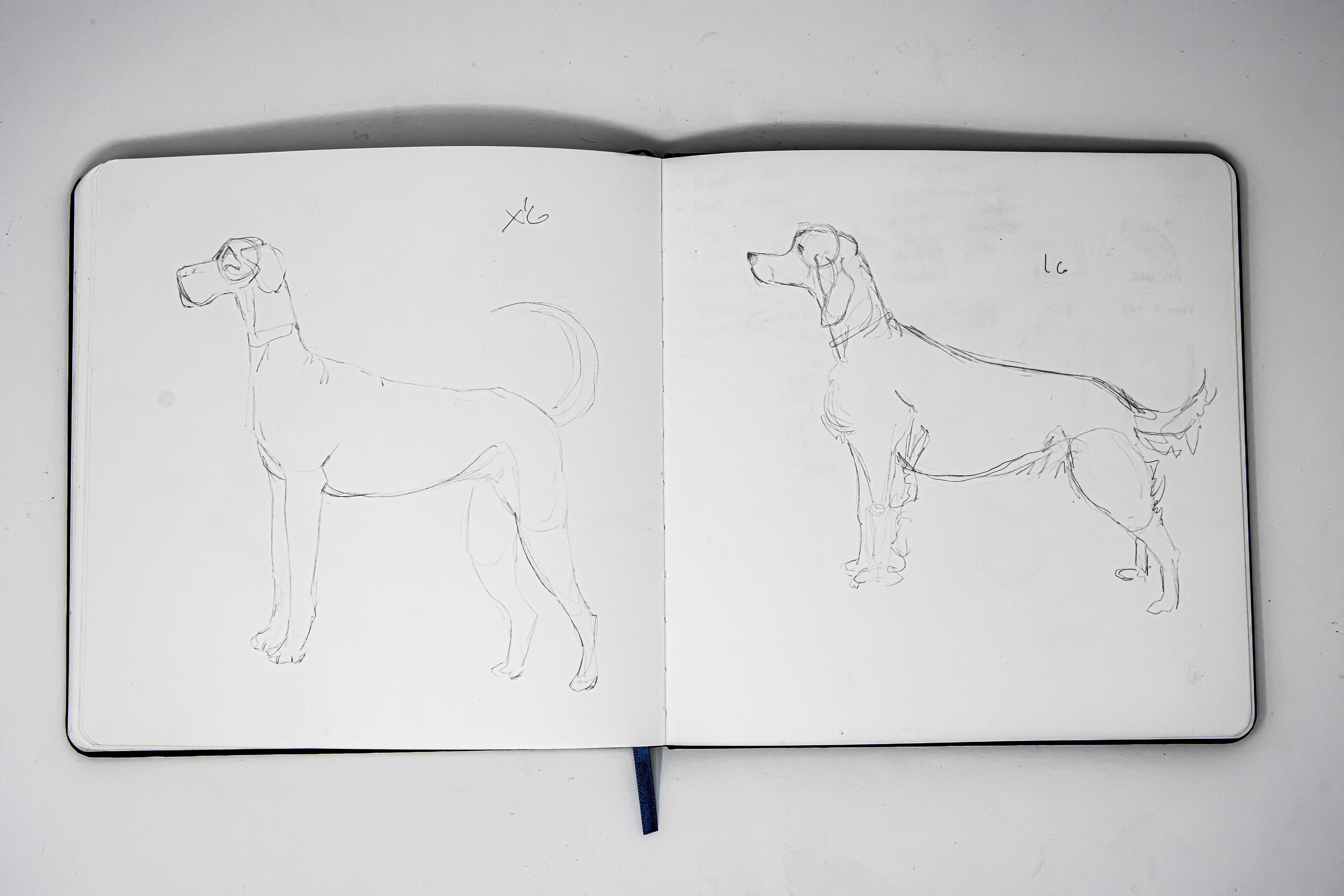 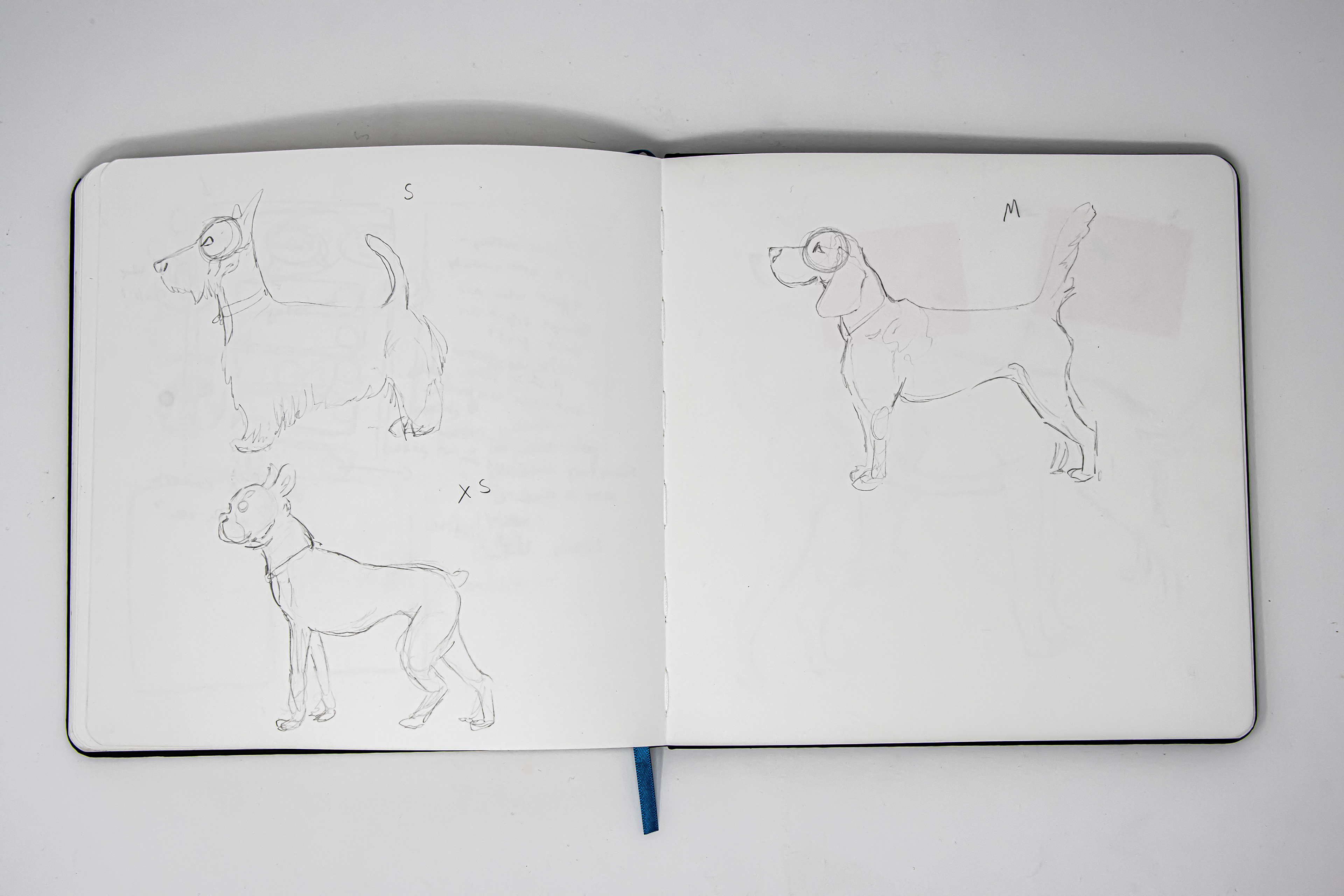 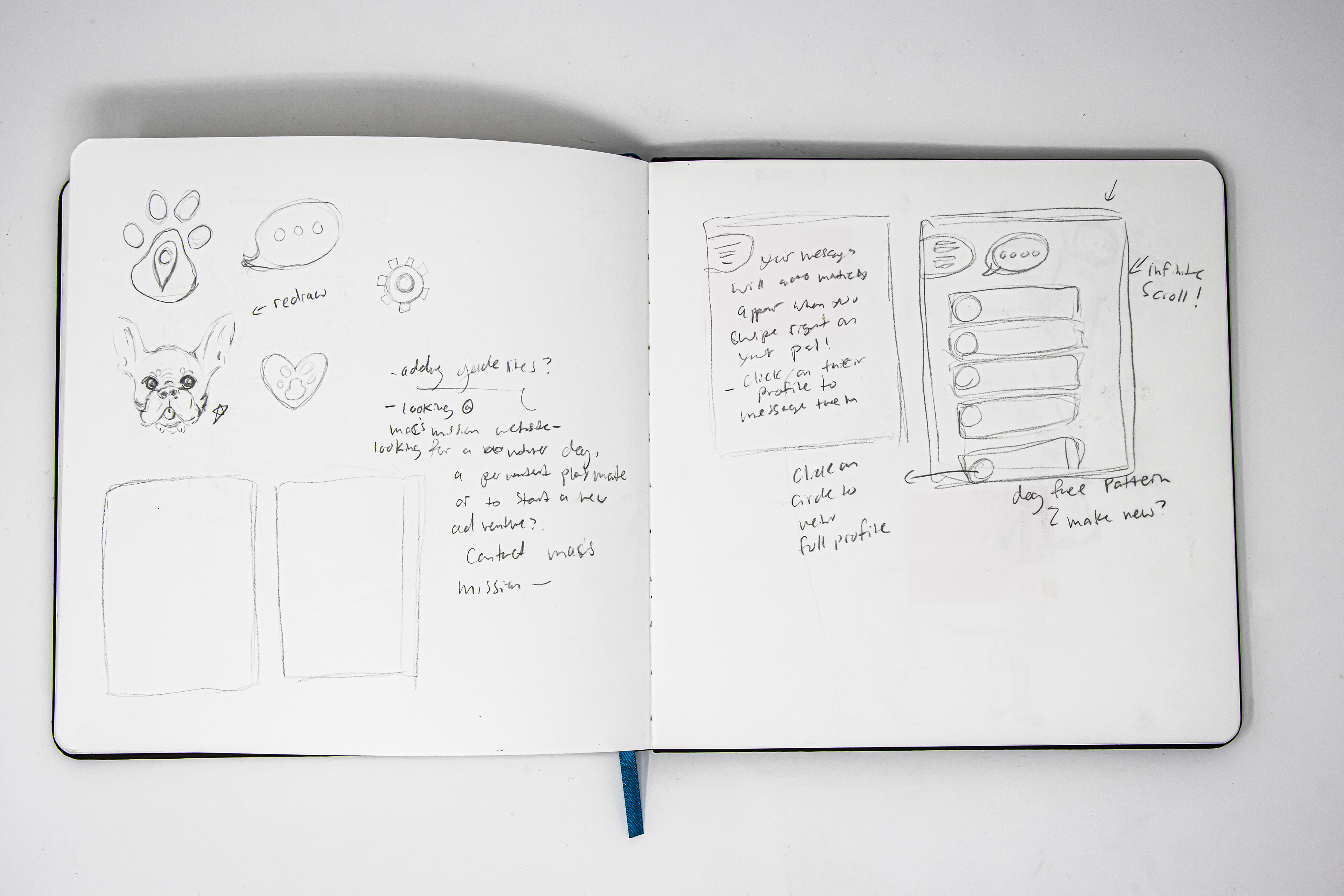 "PawPals" Artist Statement: Through a long three and a half years of work at Southeast Missouri State University, the idea for “PawPals” came quite easily. I took the things I am most passionate about: illustration, graphic design, new technology and programs, and most importantly - being a pet owner. While at SEMO, I was fortunate enough to have rescued a beagle mix puppy who we named Sammy, and she quickly became my best friend. She is a small dog and finding compatible playmates for her proved to be a difficult task. It occurred to me that an app would be useful for finding other dog owners such as myself, who you could then chat with online and later meet up with for playdates. Soon after, I started work on teaching myself UI/UX design in Adobe XD. I realized while doing something new and innovative for me personally, I could also tie this into my love for illustration and design and make it a sum of many things I have learned at SEMO.
Not only was it a good project for me to work on personally, but I think the idea is solid. Now more than ever it is important we are getting out there and meeting new people, exploring new places, and working to improve our social activity as well as our pet’s social lives. “PawPals” is a calling to find new friends who have similar interests and find your dog friends too! I really enjoyed creating something that could be useful in our society today, an app that could make accessibility to finding people and things that dog owners are looking for.
Branding is another huge aspect of the project. I tried to build the “PawPals” brand to be something that could be easily recognizable and give people a feeling behind a company. I worked on many different logos and patterns until I found the right ones that said what I wanted them to say. In the physical show that did not happen, I had plans to create a space that showed the ideals and brand of “PawPals” in a neighborhood sort of way, and a compassionate one. I included things in the app like local adoption and guidelines, to make it feel real and something you would use at home. I also had plans to set up a real adoption event the day of our BFA reception. All of these things would combine into a statement about community, and our culture at SEMO.
Though we did not get to do all of those fun things, I still appreciated the time I had with “PawPals” and the things I learned on the way. I hope “PawPals” becomes a tad inspiring to get out and try something new, to improve on our community and strengthen our ties to friends, and our pet-companions as well.
↑Back to Top